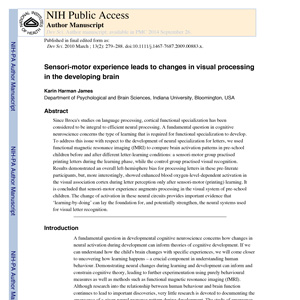 Abstract
Since Broca’s studies on language processing, cortical functional specialization has been considered to be integral to efficient neural processing. A fundamental question in cognitive neuroscience concerns the type of learning that is required for functional specialization to develop. To address this issue with respect to the development of neural specialization for letters, we used functional magnetic resonance imaging (fMRI) to compare brain activation patterns in pre-school children before and after different letter-learning conditions: a sensori-motor group practised printing letters during the learning phase, while the control group practised visual recognition. Results demonstrated an overall left-hemisphere bias for processing letters in these pre-literate participants, but, more interestingly, showed enhanced blood oxygen-level-dependent activation in the visual association cortex during letter perception only after sensori-motor (printing) learning. I is concluded that sensori-motor experience augments processing in the visual system of pre-school children. The change of activation in these neural circuits provides important evidence that ‘learning-by-doing’ can lay the foundation for, and potentially strengthen, the neural systems used for visual letter recognition.

Published in final edited form as: 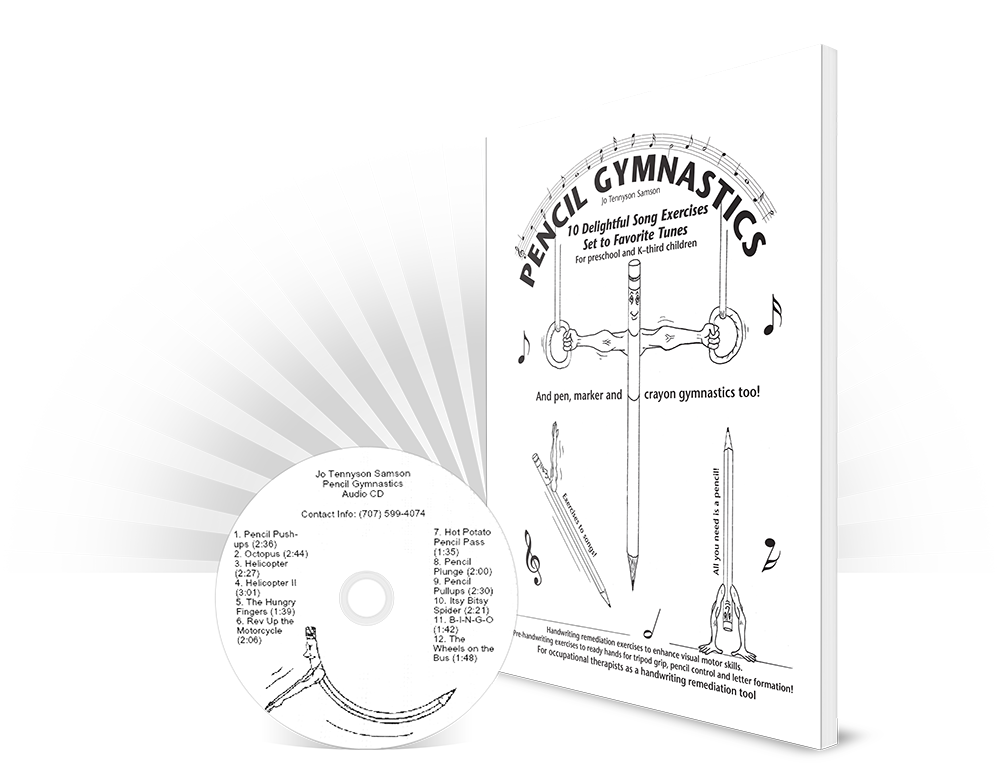